THE MONASTERY OF "PANAGIA KOUNISTRA"

easy, since the road ispaved and makes arrival at the monastery's door easy.

THE MONASTERY OF THE HOLLY ANNUNCIATION OF VIRGIN MARY

The monastery is approximately 4 km from the town of Skiathos, in

THE OLD CITY OF SKIATHOS (Kastro)

Built on a large rock (like a fortress), in the north side of the island, approximately

Access is available by sea with the daily excursion boats, or by car

(we suggest you use a jeep or an off road motorbike). 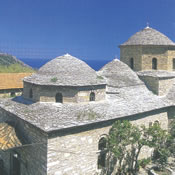 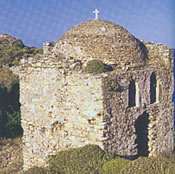 In the first years of his career he worked as a translator in newspapers and magazines.

At the same time, he began writing novels that made him famous.

Simultaneously, he started publishing novels like " The Immigrant, The Tradesmen of Nations

and the Gipsy Children". Papadiamantis is the cultural and historical highlight and glory of

our island. His home is now a museum located in the main street of Skiathos town, near the 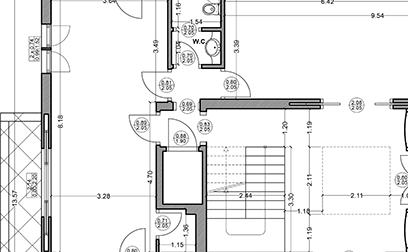